Arts & Letters Daily is a web portal owned by The Chronicle of Higher Education. It features links to a diverse array of news stories, features and reviews from throughout the online Anglosphere, each introduced with a short blurb or teaser.

The Bible, the Quran, and Science:  the holy scriptures examined in the light of modern science, by Dr. Maurice Bucaille

(translated by Pannell, Alastair D. and the author)

In his objective study of the texts, Maurice Bucaille clears away many preconceived ideas about the Old Testament, the Gospels and the Quran. He tries, in this collection of Writings, to separate what belongs to Revelation from what is the product of error or human interpretation. His study sheds new light on the Holy Scriptures.

So here’s the deal. The past decade hasn’t exactly shed the best light on Islam. Muslim women are portrayed as oppressed, helpless, voiceless, and faceless in the mainstream media. The truth is, we’re everything but. And here is the proof. Here is our collection of pictures of women that wear hijab (the traditional Islamic dress covering the head) doing all kinds of things. [This blog is run by three hijabi sisters, living in London, Ontario]

In Depth Opinion (al-Jazeera)
al-Jazeera aims to provide both a regional voice and a global perspective to a potential world audience of over one billion English speakers who don’t have an Anglo-American worldview.

He was born in the Caribbean island of Trinidad in 1942 from parents whose ancestors had migrated as ndentured labourer from India. He is a graduate of the Aleemiyah Institute in Karachi and has studied at sevaral instutions of higher learning including the University of Karachi,the University of the West Indies, Al Azhar University and the Graduate Institute of International Relations in Switzerland. 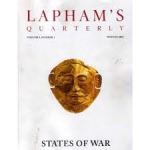 Lapham’s Quarterly- a Magazine of History and Ideas
Each issue of Lapham’s Quarterly adopts and explores a single theme. Our first four issues were dedicated, respectively, to War, Money, Nature, and Education, each created with an aim to help readers find historical threads from Homer to Queen Elizabeth I to George Patton, from Aesop to Edith Wharton to Joan Didion. New essays from writers such as Stanley Fish, Fritz Stern, and Andrew Delbanco then knotted each theme together. A typical issue features an introductory Preamble from Editor Lewis H. Lapham; approximately 100 “Voices in Time” — that is, appropriately themed selections drawn from the annals and archives of the past — and newly commissioned commentary and criticism from today’s preeminent scholars and writers. Myriad photographs, paintings, charts, graphs, and maps round out each issue’s 224 pages.

The Center for Muslim-Jewish Engagement (CMJE), a partnership between Hebrew Union College-Jewish Institute of Religion, the Omar Ibn Al-Khattab Foundation, and USC’s Center for Religion and Civic Culture, represents the leading edge of academic and educational efforts to address the complex nexus of issues underlying Jewish-Muslim relations. This groundbreaking collaborative was inspired by USC President Steven B. Sample’s vision of increasing collaboration between neighboring institutions in order to benefit both the university and the surrounding community.

“Freedom of the press is guaranteed only to those who own one.”
Welcome to PULSE, a collaborative political weblog featuring work by a variety of writers, activists and academics based in five continents. PULSE features original pieces combined with hand-picked audiovisual material and writing. PULSE seeks to build upon the opportunities presented by online publishing innovations and has plans to upgrade in the near future.

Rasta Livewire
The place forAfrica on the net.

Rasta Livewire is a leading blog that provides in-depth and varying viewpoints from Rastas in Africa and the African Diaspora.

The New Atlantis is an effort to clarify the nation’s moral and political understanding of all areas of technology—from stem cells to hydrogen cells to weapons of mass destruction. We hope to make sense of the larger questions surrounding technology and human nature, and the practical questions of governing and regulating science—especially where the moral stakes are high and the political divides are deep.

“Signs and symbols rule the world, not words nor laws.” -Confucius
This timeless quote perfectly sums up the aims of this website. To understand the world we live in, we must understand the symbols surrounding us. To understand those symbols, we must dig up their origin, which are often deeply hidden in occult mysteries. In short, this site aims to go beyond the face value of symbols found in pop culture to reveal their esoteric meaning.

…and there’s always your local library!